Grand opening in the colombian Caribbean

Cartagena welcomes thousands of business and tourism visitors every year, attracted by its romantic, gastronomic and cultural scene. For many, lifestyle are key aspects when choosing a place to stay and that is why they choose the distinctive. Today the doors of the long-awaited Dreams Karibana Cartagena Golf & Spa Resort open. 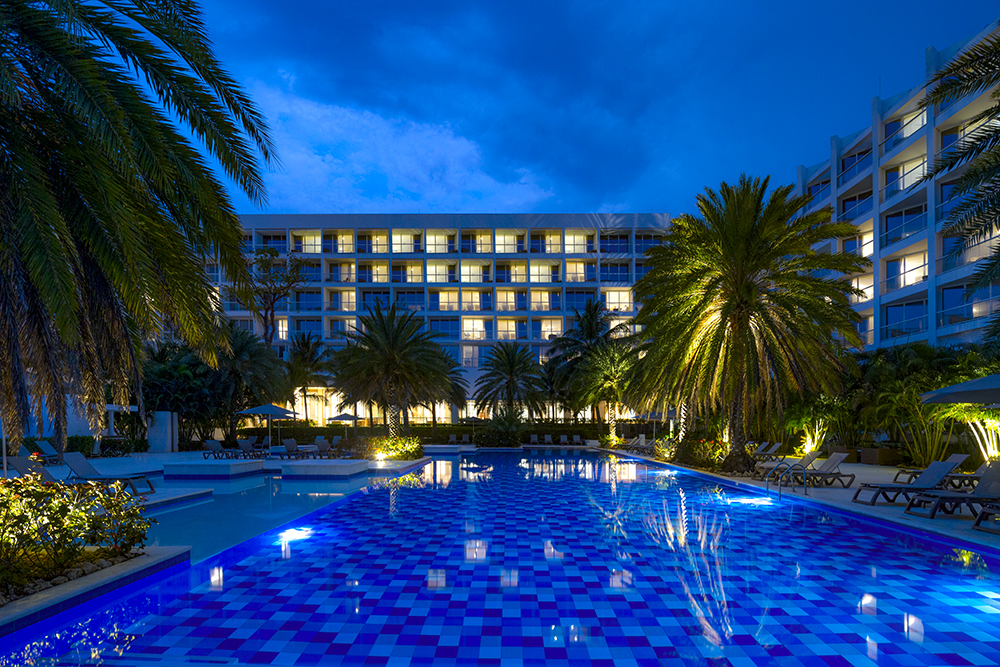 In this, the first hotel of the AMR Collection chain in South America, inaugurated at the end of May, the best combination of good design, quality services, entertainment and extreme exclusivity is achieved. 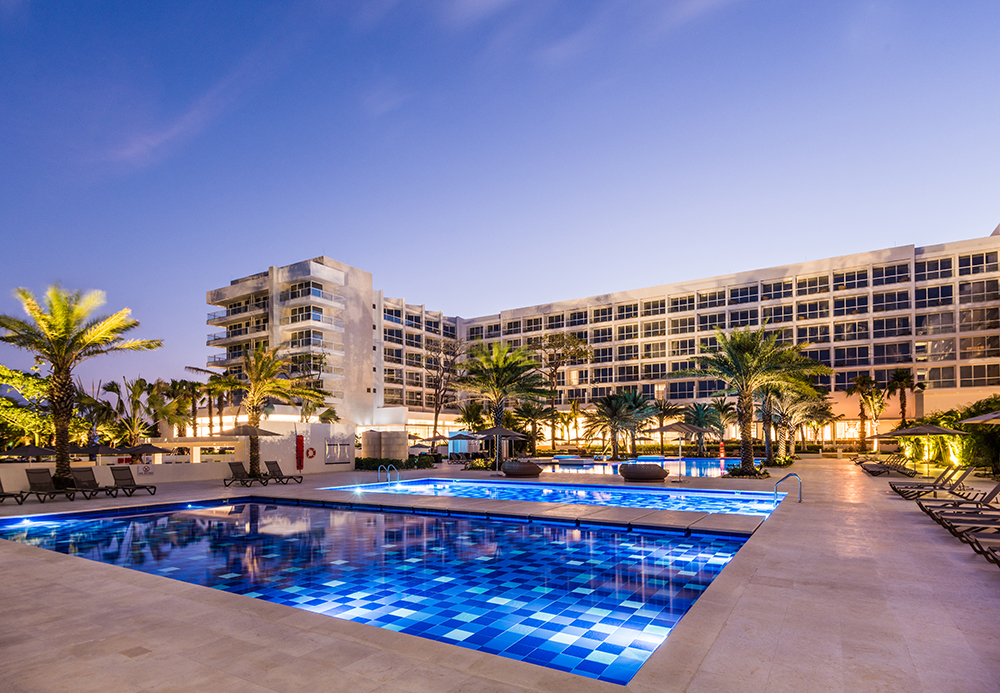 ENJOYING LUXURY WITHOUT LIMITS IS AN EXPRESSION as ambitious as it is charming, which today many Colombians and foreigners have the possibility of experiencing at the recently inaugurated Dreams Karibana Cartagena Golf & Spa Resort, the first AMR Collection hotel in Colombia and South America, but also the first Dreams to be incorporated by the U.S. Apple Leisure Group (ALG), part of Hyatt, in the region. 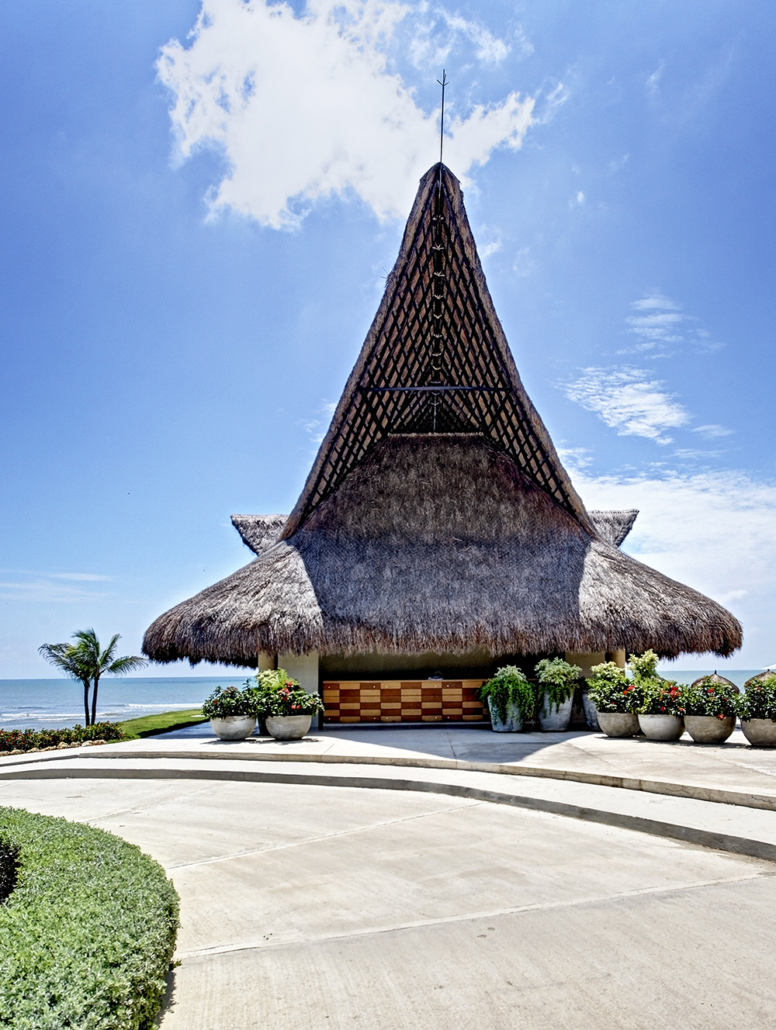 The excellent strategic location, the stability of its economy and the tourist demand offered by Cartagena (valued by travelers from the United States and Canada) were some of the factors that led this chain to bet on Colombia as a destination, to begin expanding its hotels in this part of the American continent, where it had not ventured before.

The Unlimited-Luxury concept, which seeks to offer experiences that exceed all travelers’ expectations in this new destination, is already well known by the chain’s regular clients in its different hotels in Mexico, the Caribbean, Central America and Europe, who have had the privilege of accessing unique services and exclusive brands of the highest quality, from the choice of liquors and amenities to the gastronomy and spa, to name just a few.

Located just 20 minutes from the Rafael Núñez International Airport, this resort offers a total of 268 well-equipped rooms with private balconies. Its infrastructure, whose witness is the Caribbean Sea, has a series of spacious and elegant spaces, which combine national and international finishes and furnishings that make the perfect harmony in each environment, with works of great national artists such as Ana Mercedes Hoyos and Enrique Grau, to name just a few.

It also offers one of the most admired 18-hole golf courses, designed by Nicklaus Design; as well as five swimming pools, a beach club, three gourmet a la carte restaurants (no reservations required), four bars, a lounge for special guests (Preferred Club), waiter service at the pool and beach, as well as unlimited national and international beverages.

In addition, the Dreams Karibana Cartagena Golf & Spa Resort offers activities for children and teenagers, with the Explorer’s Club and Core Zone Club, fully supervised, while for adults there are live shows, as well as other entertainments directed by an expert. Not to mention the multiple options promised by the Dreams Spa by Pevonia, with body and facial treatments for both men and women, as well as massage therapy and hand and foot beautification, among a list of services.

As part of the restaurants it is important to highlight Oceana, located in front of the sea, which offers a gastronomy focused on fish and seafood, supplied by a completely artisanal fishing company, fulfilling the sustainability goals of AMR Collection.

There is also the only buffet restaurant, the World Café, which serves breakfast and lunch and has a Healthy Food corner; the list also includes Portofino, which serves Italian food a la carte, with all kinds of high quality wines; as well as the Seaside Grill, that specializes in meat cuts and the Barefoot Grill, located next to the pools, which focuses on quick proposals, such as hamburgers, nachos and wraps, among other things. 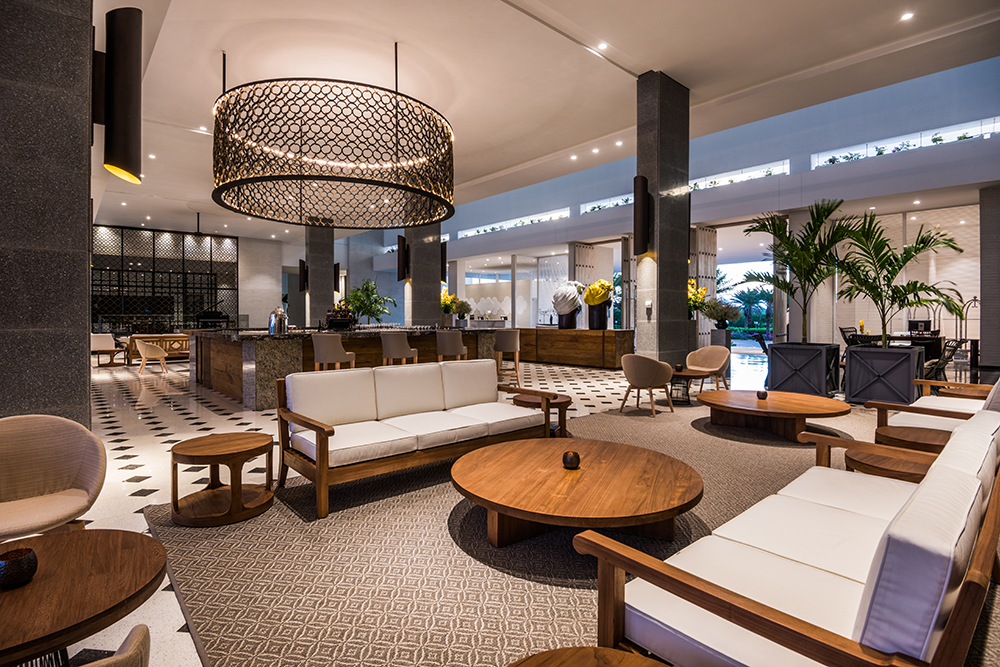 Finally, we must talk about Coco Café, which is the place where the best freshly made pastries are served, including some Colombian pastries, along with coffee of all the varieties grown in Colombia, from the Amazon and Nariño, to the Sierra Nevada de Santa Marta and the Eje Cafetero.

With all this, one cannot fail to mention that the hotel has 2,500 square meters of rooms that are available for all kinds of events and meetings, both private and corporate. In this part there are also gastronomic packages designed to choose to taste. Not to mention that there is also a Kosher kitchen, for the celebration of those special communities. 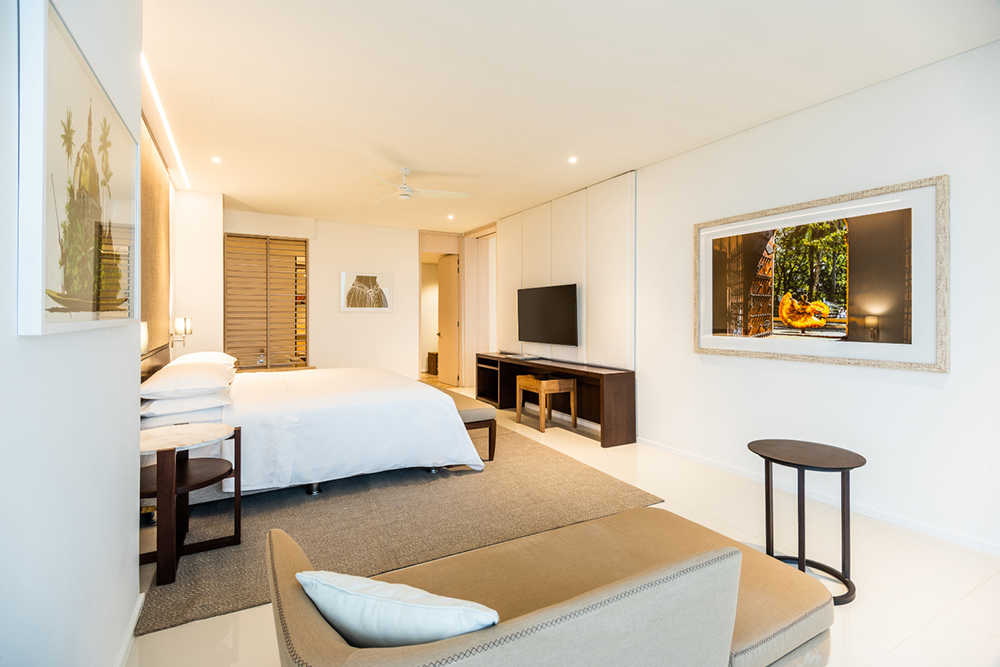 “These are some of the reasons why we are betting on exceeding the expectations of those travelers who like luxury without limits or Unlimited-Luxury, with this hotel located in one of the most beautiful and colonial cities in the region, in which we offer unique services that make a complete difference with the model offered by the competition, the traditional all-inclusive”, emphasizes Valter Espinosa, general manager of Dreams Karibana Karibana Cartagena Golf & Spa Resort.

THE CHARMS OF THE CITY

Cartagena, the fifth most important city in Colombia, but the first in terms of tourism, was declared a World Cultural Heritage Site by UNESCO and is visited annually by more than 10 million tourists. 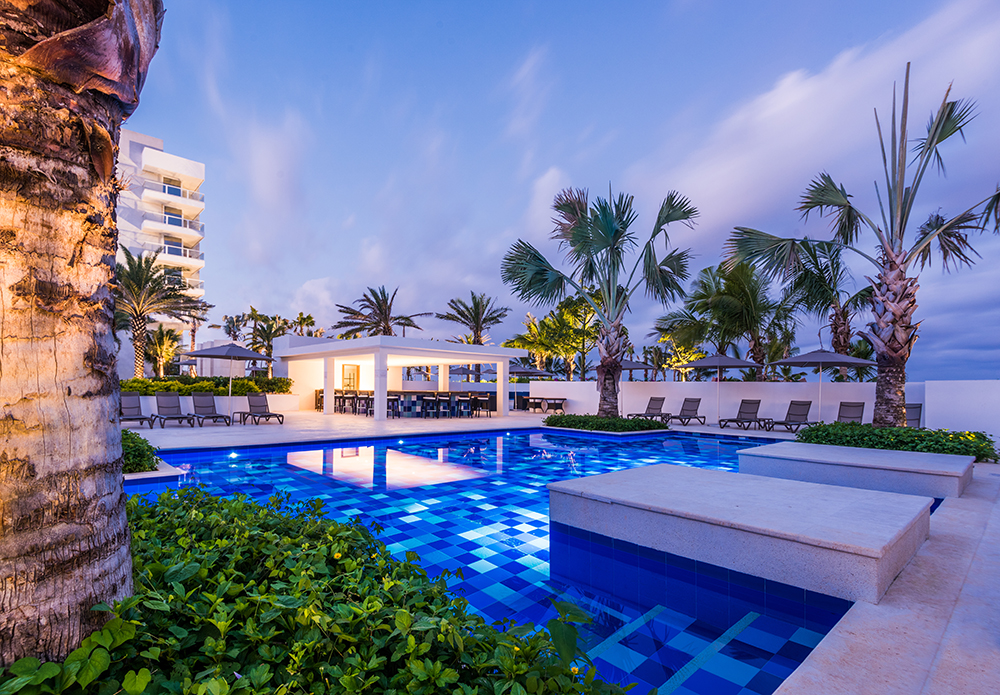 Its main attraction is the historic center, which is located inside the most complete fortification in South America, consisting of nine kilometers of walls; undoubtedly a magical place with colorful cobblestone streets and colonial houses that, with the passage of time, have become exclusive restaurants, hotels and boutiques.

Cartagena, a city that hides stories of pirates and treasures; white sands and warm waters, is located in the Caribbean Sea and is characterized by an average annual temperature of 30 degrees Celsius, which makes it so pleasant for all those travelers who spend their days on its 12 kilometers of beaches. 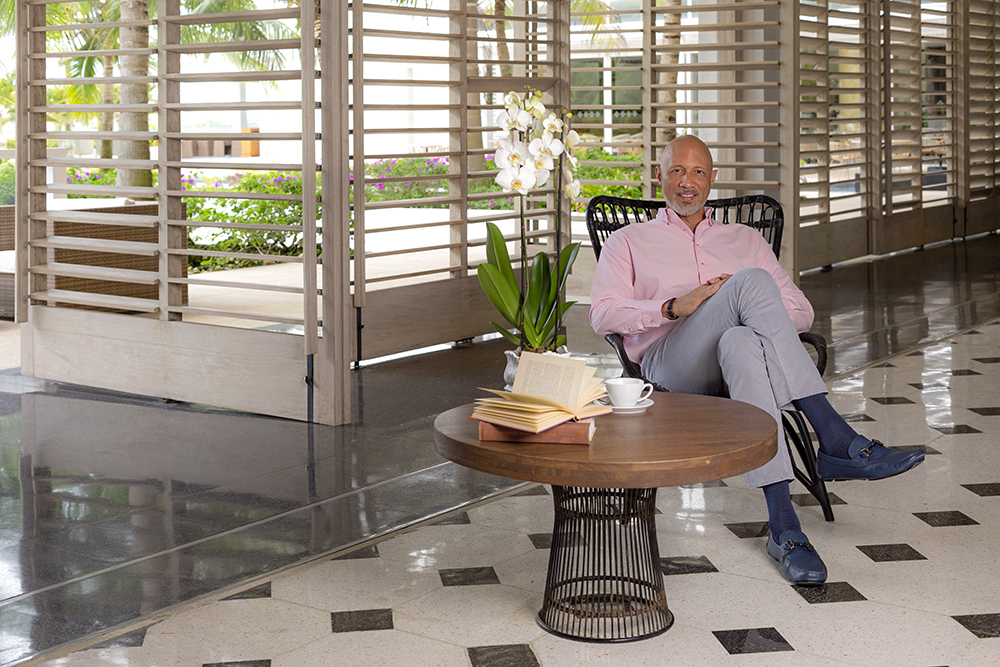 Unlike many children who enjoy playing with cars, Valter was seduced by the atmosphere promised by the hotels run by his parents’ friends, which they visited frequently. There he was not only attracted by the specialty of every detail, but also by the way each employee made them feel.

That was how he forged the goal of working in those scenarios when he grew up. And as everything has a deadline and a date, the yearning began to take shape after receiving his diploma as a senior technician in tourism business administration at the Professional Institute of New Professions in Venezuela, his homeland, which prompted him to leave for the United States, with just $2,000 in his pocket, but with a bag of dreams to fulfill.

There, the Meliá chain gave him his first opportunity as a night receptionist, whose skills helped him to climb, four years later, as night manager and, later, accounts receivable manager. Promotions, since then, were not long in coming, and that is how he got the chance to join the Intercontinental chain, where he held positions as Assistant Manager (in Miami) and, some time later, as front desk and operations manager at the hotel in Dallas (Texas), where he had his first opening. 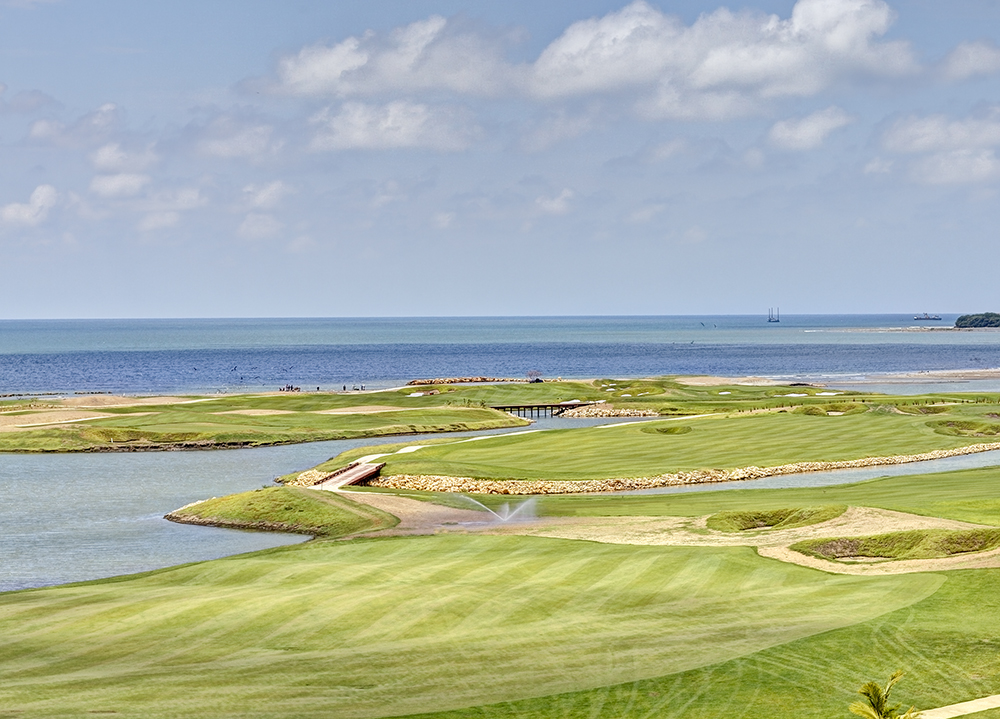 He later accepted to support the complete renovation of the hotel in Cancun, but after two years, he was invited to join the AMR Collection chain as room manager of the first Dreams Riviera Cancun in Puerto Morelos. He was then sent to manage the Zoetry Paraiso de la Bonita, and then moved on to Secrets in Panama and, finally, to Dreams Punta Cana, in the Dominican Republic. Now he is the general manager of  Dreams Karibana Cartagena Golf & Spa Resort, where, according to him, he has great challenges and plans for the future, to empower this new exclusive competitor.