CULTURE: visionaries of the time

The vision towards the future has become one of the pillars of our lives. We talked to different personalities of culture, who have come up with new ideas and goals to take their lifestyle to another level.

Thierry Stern, the president of Patek Philippe at the head of the family legacy

Tradition, design, aesthetics and luxury are some of the main components of this emblematic Swiss watchmaking company. This is the story of who produces the most coveted watches in the world. 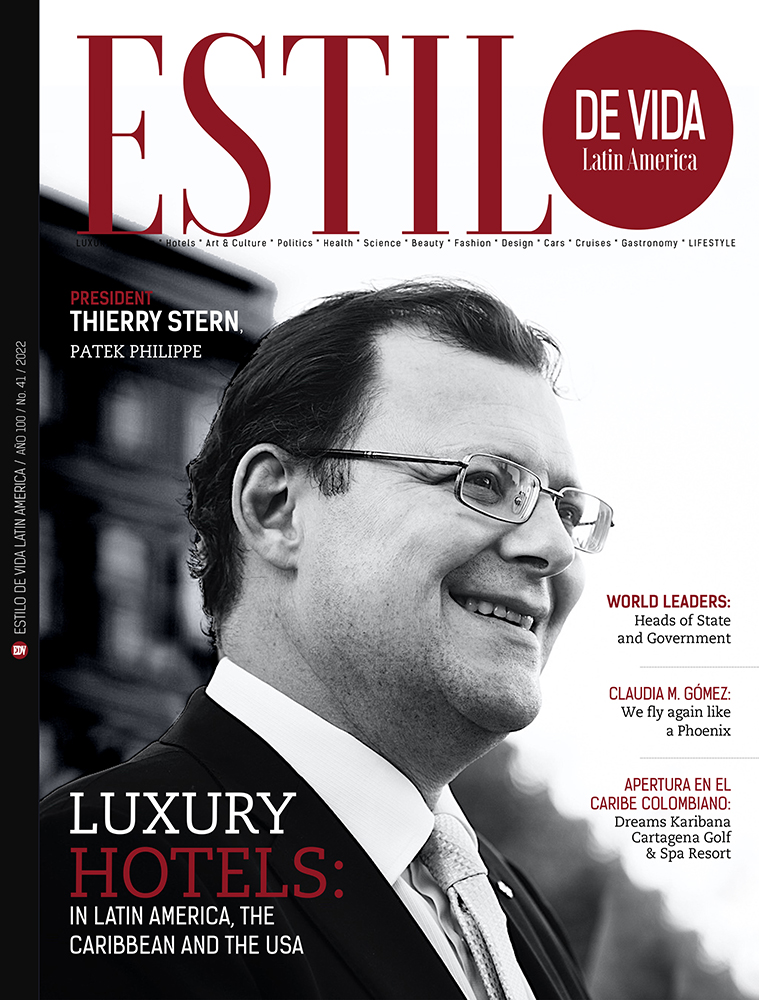 Thierry Stern was born in July 1970 in Geneva, Switzerland. He currently lives with his wife Sandrine, the director of the creative department of Patek Philippe, and has two children. He grew up in the world of watchmaking thanks to the family legacy, and it was from 1990 when he embarked on a path of practical training that led him from the production workshops, to business management.

Between 1997 and 1998, he was in charge of the Benelux market – Belgium, the Netherlands and Luxembourg – before being appointed head of the creation department. He quickly became involved in the group’s strategic decisions, taking on the position of Vice President. Years later, exactly in 2009, he became president of the company, a position he took over from his father Philippe Stern. It should be noted that the Sterns family bought Patek from the Philippe family in 1932 during the Great Depression, because before that it was the supplier of watch faces.

The Geneva firm of luxury watches proudly wears its status as an independent and family brand since its founding in 1839. It currently has more than 2,400 employees and makes sales of more than 1.5 billion euros a year, having as main clients legends and celebrities such as John F. Kennedy, Walt Disney, the Queen of England and the Pope. Its main objective is to launch models in different price ranges and not to focus on a single product. 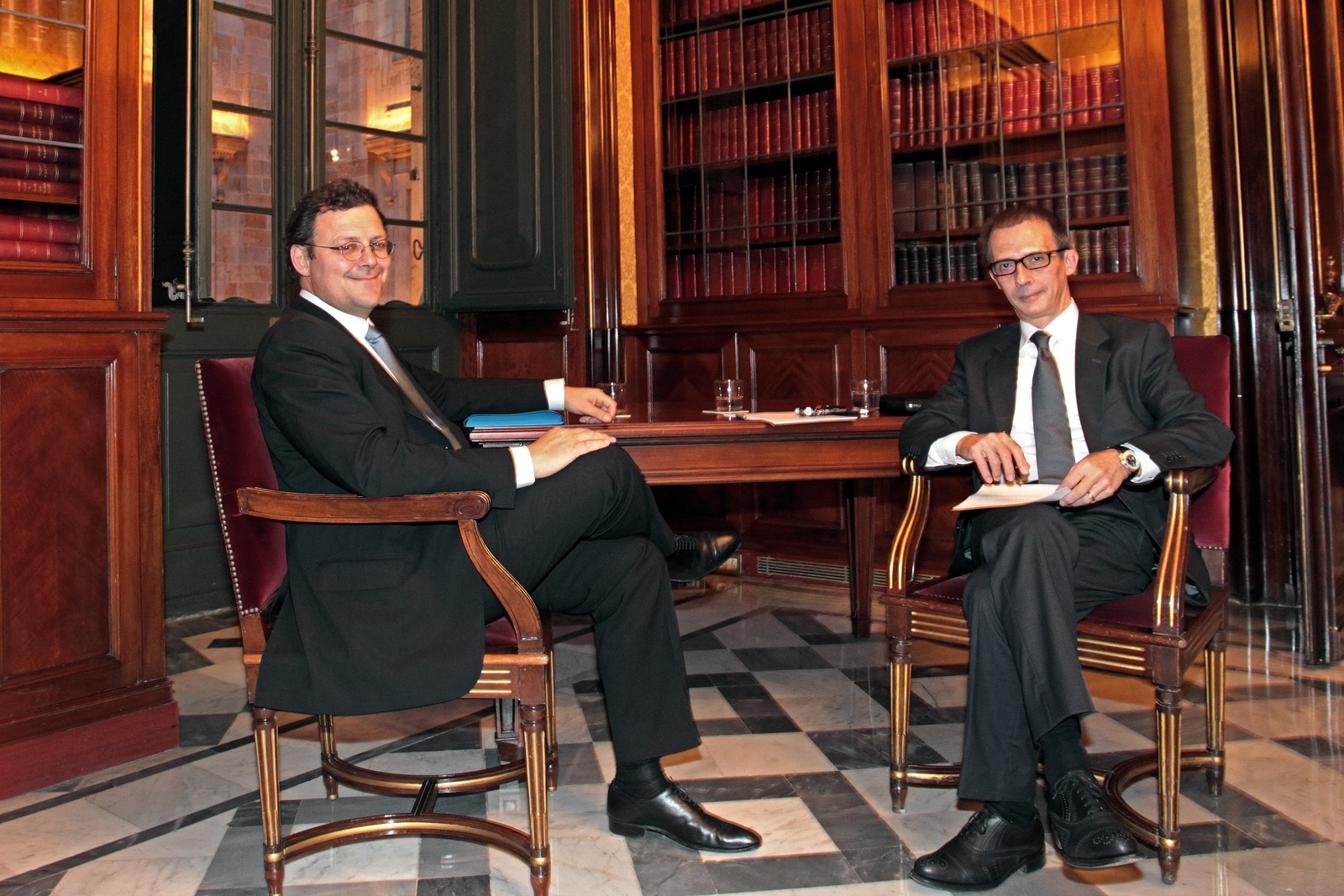 Thierry Stern represents the fourth generation and will certainly not be the last Stern to take the reins of Patek Philippe. “My children are still studying, but there will come a time when they will join the company, perhaps traveling or perhaps working in manufacturing. That’s up to them to decide. We are just a small part of the Patek Philippe story. Eventually I will retire and someone else will take over. This situation makes it clear to me that the best thing to do is to enjoy every moment, which is something I do every day,” says Stern.

The most curious of all is that Stern has not gone to any design school, but has spent his whole life among watches so he has a very clear idea of how to make them. The personal stamp of the president of the watchmaking brand has been transferred to the catalog in the references that have been incorporated in recent years. His vision, both technical and aesthetic, about how Patek Philippe watches should be is increasingly evident in pieces like the Calatrava 5326G watch that, without losing sight of the historical heritage of the firm, aims at younger generations of collectors.

Made in white gold and with a diameter of 41 mm, this reference represents like no other model the most contemporary image of Patek Philippe. It is for its practical component, but also for its subtle aesthetic evolution well represented by a curious textured dial in anthracite color with black gradient. Its price is 66,780 euros. “I know it’s a lot of money,” notes Thierry Stern, “but you also have to be aware of the work behind these watches. In any case, it will continue to be a success,” he concludes. 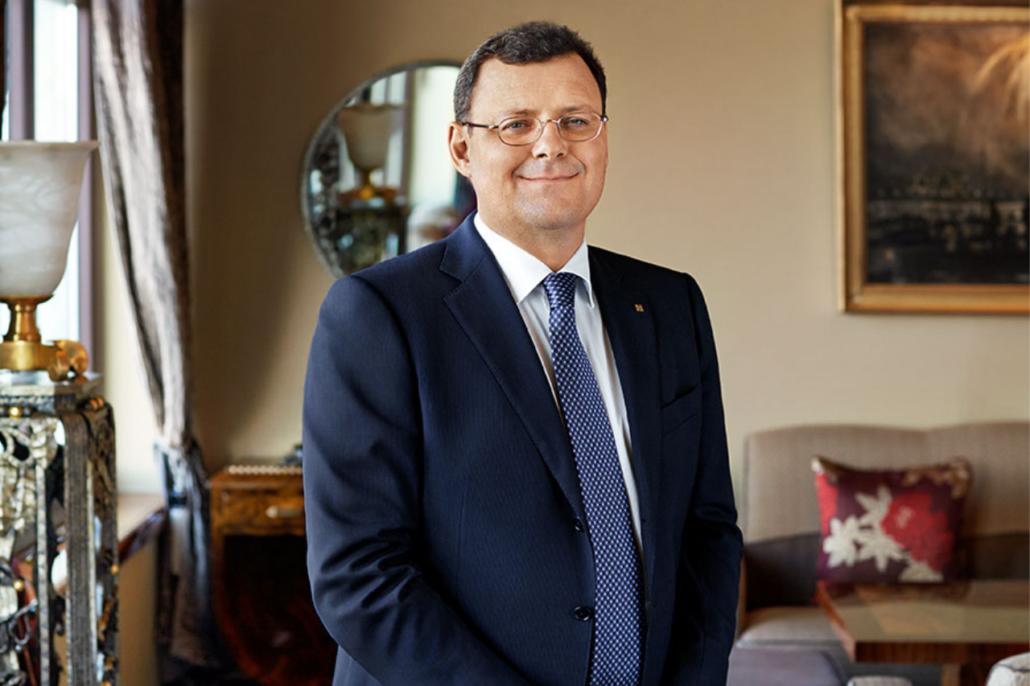 2020: A BEFORE AND AFTER FOR PATEK PHILIPPE

On the crisis caused by the pandemic that was experienced worldwide in 2020, Philippe assures that although it was a difficult year, it was not bad. They lost one-sixth of their production days due to the confinement and sold 53,000 watches, which was reflected in a loss of about 20 percent. “We have always been pushing to work with local clientele, which is quite logical in a sense, and thanks to this strategy we were able to get through the pandemic without too much prejudice. The numbers are still fantastic.”

But this was not the first time Patek Philippe had to deal with such a situation. “No doubt there will be more in the future. It’s a normal occurrence. Thanks to the continuity that characterizes us, we already knew how to deal with the issue. My father always told me: you have to be prepared, because when a crisis comes, it comes very quickly and you can lose 50% of your business from one day to the next. In addition, you have to have certain reserves, because you never know how long it will last.

Thanks to this advice, the current president of the company was very careful to ensure that Patek had enough savings, as well as new products. He is aware that when a crisis like this comes, in order to get out of it, it is necessary to launch some very strong new models. It’s very important to be able to restart the machine.

Perseverance and teamwork in all areas of the company during these months have been key factors in ensuring that there is no risk of a shortage of products in the future. Under this premise, Europe’s oldest watchmaker has already set the strategic plan until 2037 and knows what it will launch during that period. Stern, with a chuckle, comments that “the problem today is that we are too creative. Which is a good problem.

Precisely, it is this long-term vision that really differentiates Patek Philippe from other brands in the market; in addition to the clear decision to keep the business of making watches separate from their sale. “I am a watchmaker and I am in the business of making them. Selling is a completely different business. Starting your own distribution network is a huge expenditure of time and effort. I need this time to focus on the production of the pieces. We strive to make the best watches in the world,” he says.

For Thierry Stern, Patek Philippe’s greatest strength lies in its family values. He is following in his father’s footsteps and is working to realize a grand vision for the company in the coming decades. “The past is very important to me because it shows me what is still truly classic and, more importantly, something that will always remain beautiful. The Patek Philippe Museum is important for the younger generation. They need to go, study and feel challenged to do their best. The only difference is that in the past they didn’t have the tools we have today to miniaturize all those beautiful parts,” says Stern.

Ultimately, for the Swiss, it is very important for him to build a new generation of managers and directors to assure customers, retailers and staff in Geneva that there will be continuity. “I will leave one day, but Patek Philippe should continue. We have been here for almost 200 years and there is no way we will stop,” he concludes with a smile on his face.