President Joe Biden: reconciliation and union is the way forward

The new president of the United States comes from an Irish family, and in addition to being an asthmatic, he was a stutterer and a lousy student. His life has always been marked by tragedy and certain moments of glory. 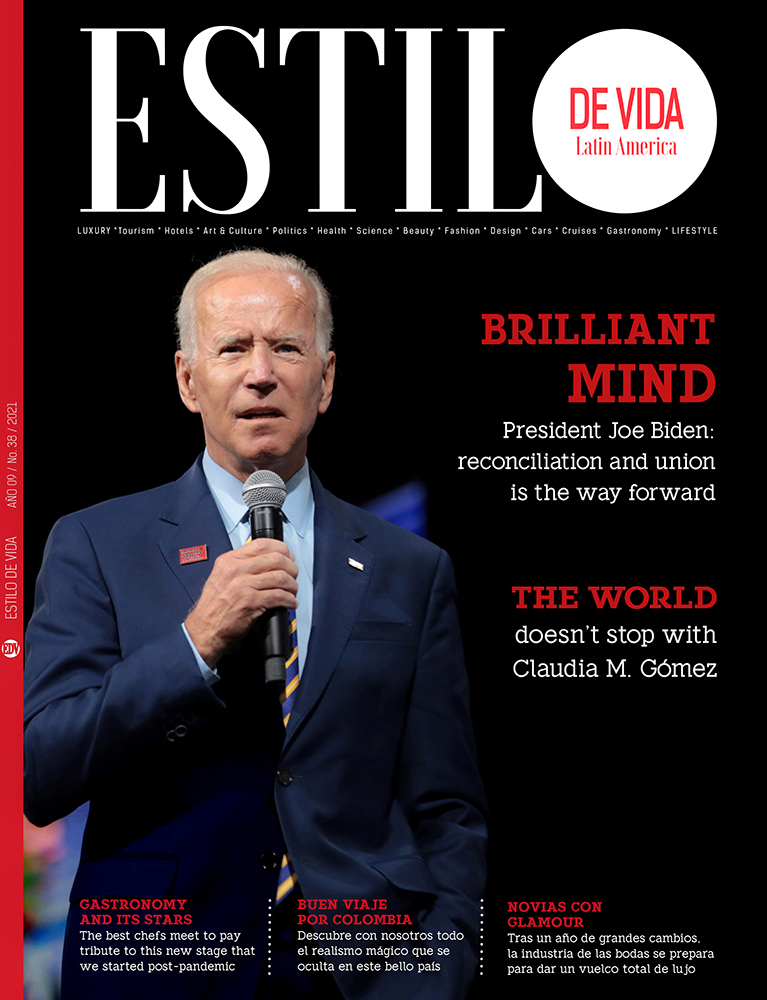 The life of Joseph Robinette Biden Jr., the democrat who will take office as President of the United States in January 2021, could be counted between success and misfortune. The truth is that as a child he overcame stuttering, at the age of 29 he was elected senator, and in 2008 he became vice-president of his country.

But there is also another side of his personality clearly marked by his tragedies: a few weeks before he started working in the Senate, he lost his first wife and little daughter in a major traffic accident. The first time he tried to become president of the United States in 1987, his campaign ended prematurely because of his withdrawal for having being accused of plagiarism; and his eldest son, Beau, an Iraq veteran and rising star of the Democratic Party, died prematurely of cancer in 2015, at the age of 46.

However, in the midst of all this story, 78-year-old Biden, comes to the presidency as the oldest man to take office, leaving even Donald Trump behind; and he does so with the mission of restoring Obama’s legacy and reconnecting a country, which no matter how much its name says it, requires everyone to be united again.

Although he was born in Scranton (Pennsylvania) on November 20, 1942, the place that this democrat considers his home is Claymont (Delawere), where his family, which was undergoing hard economic problems when he was just a child, moved to. There, in a modest house, he lived with his parents (Joseph Robinette Biden Sr. and Catherine Eugenia Finnegan Biden) and his three siblings, heirs of a family with deep Irish Catholic roots, and marked by alcoholism that seemed to be the daily bread.

His father’s pressure to bring money home, and his constant relief in liquor, made it impossible for everyone to live together. And that was witnessed by little Joe, who also saw how his father tried to be an excellent car salesman (without succeeding), while he was the target of ridicule at school and in the neighborhood where he lived, because of his stuttering, a fact that prevented him from developing and showing his talents, but which at the same time he was able to cope with, thanks to the help of his mother who insisted on him to recite poems for hours in front of a mirror, as an infallible remedy for that evil.

Even so, having been a victim of bullying is something he still recalls with pain, saying: “I can’t think of anything else that has stripped me of my dignity as quickly, deeply and profoundly, as when I stuttered in elementary school.

But as his adolescence went by, he was conquered by the ideas of characters such as Martin Luther King, John F. Kennedy, Robert Kennedy, who dragged him through the eloquence, conviction and true size of his improbable dreams. This motivated him to choose history and political science as university careers, which he pursued at Delawere University, to later achieve a law degree at Syracuse University, which he received in 1968, amid difficulties and accusations of plagiarism.

During those years he met his first wife, Neilia Hunter, with whom he had three children: Beau, Hunter and Naomi, and whom he lost in a disastrous car accident in 1972, two years after becoming a New Castel County Councilman (in northern Delaware), and on the verge of becoming the sixth youngest congressman in the history of his country at the age of 29.

In the fateful impact, caused by a tractor-trailer that lost its brakes, not only his spouse but also his daughter died, while his two sons were completely injured. Right in the middle of a hospital bed, Joe Biden was sworn in as senator, while his children were recovering from their injuries, a position he held at the age of 30 until 2008 (for more than three decades, where he served as chairman of the Judiciary and Foreign Affairs Committees, and promoted 42 Acts), when he decided to join Barack Obama as vice president, a position he held during the two terms assumed by the first African-descended president of the United States.

In 1977 he married his second wife and companion on the road until today: Jill Jacobs, an English teacher with whom, in addition to raising his two children, he also had Ashley, the girl of his heart.

His political career has also been beset by problems. In fact, although he has been elected six times as senator for Delawere, he had to take a step back in his presidential career in 1988, after being accused of plagiarizing a campaign speech and an academic text while in college. Added to this, after the rise of the #MeToo movement, seven women accused him of sexual abuse, which led him to promise not to invade anyone’s personal space.

The harshest testimony came from Tara Reade, his former Senate aide, who recounted on television programs the abhorrent details of how Biden intimidated and groped her in the Congress halls.

But it doesn’t end there. In 2015, when he was deciding to compete again for the White House, his eldest son, Beau, died at the age of 46 after suffering from brain cancer in the Army. In addition, Hunter, his other son, was expelled from the U.S. Navy for drug use, turned his brother’s widow into his mistress, regardless of their 20-year marriage, and his frequent visits to brothels as well as his shady business dealings with a Ukrainian gas company were uncovered, controversies that ended up further muddying the Biden family name.

There is no doubt that Joe Biden’s senatorial career has had several controversial points, as well as others with a wide margin of support, such as his work as editor and leader of the Violence Against Women Act, and his confrontation with the National Rifle Association, highlighting his support for background checks, in addition to preventing the sale of assault weapons and high-capacity magazines.

But he was also a major proponent in the Senate in advocating for U.S. foreign relations, highlighting his role in domestic protection projects in the face of international terrorist threats. That point is perhaps the one that also encouraged him to support Afghanistan invasion (in 2001), and in 2003, to support then President George W. Bush’s decision to send troops to Iraq, when he himself stated the president was right to transfer military personnel to search for Saddam Hussein and dismantle mass-destruction weapons that were supposedly in that territory.

During the Republican administration, he also backed the extension of tax cuts to large corporations, as well as the Wall Street’s financial bailout in 2008.

This is the third time he has competed for the presidency of the United States; he had previously done so in 1988 and then in 2008, only becoming in the Democratic primaries. He intended to compete for the White House in 2016, but Barack Obama asked him to make way for Hillary Clinton, to compete against Donald Trump.

During his eight-year tenure as vice president in Barack Obama’s two administrations, Joe Biden was in charge of shaping military policy in Iraq (an invasion that by then was already seen as a failure) and helping pass the budget.

Furthermore, he collaborated with the Affordable Care Act, better known as Obamacare, which guaranteed medical care to millions of people who did not have access to the system; and thanks to his increasingly liberal stances, he was in favor of same-sex marriage long before Obama, whom he convinced to authorize it.

Now, starting in January, a strategic plan awaits him to fulfill each and every one of the proposals that brought him to the presidency, starting by raising taxes on large companies and the minimum wage, in addition to granting nationalization to more than 11,000 foreigners living in the United States.

“My dad always told me, ‘Champ, a man’s measure is not how often he gets knocked out, but how fast he gets up,” recalls Joe Biden.

The life of great leaders: our stories always exalt the work of characters who, with ingenuity, have managed to take their companies or professions…